Encouraging trends in the installation of solar PV systems in Bulgaria

In the past 2 years we have noticed an encouraging trend on the Bulgarian market for solar PV systems: the number of systems in which the produced electricity is used to cover the energy needs of the investor is increasing! In the period from the beginning of 2019 to the end of 2020, our team designed and built solat PV systems with a total capacity of over 1,000kWp, of which 450kWp were roof systems for own consumption.

We are hopeful because the trend reinforces our belief in the effectiveness and benefits of this type of investment. Our experience shows that the best place to produce green energy is where it will be consumed – on the roofs of manufacturing plants and warehouses. These systems are extremely efficient due to the low levels of energy loss on the cable line from the source to the consumer and have numerous advantages, especially for commercial/industrial investors.

A shining example is the solar PV power plant with a capacity of 250kWp on the roof of a recycling plant (Figure 1), located in the industrial zone of Pazardzhik. The ES-3 team designed, built and commissioned this plant in 2020. 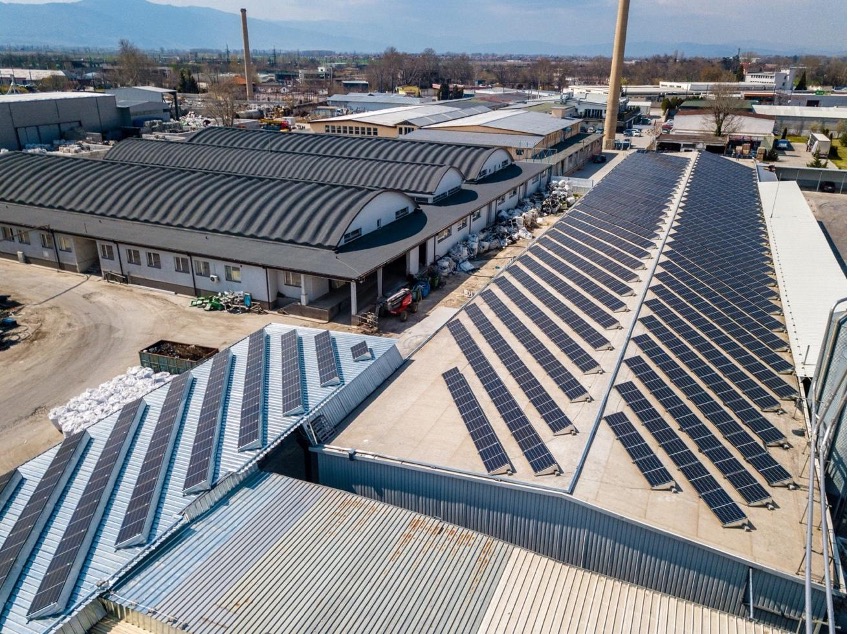 Figure 1. 250kWp photovoltaic plant on the roof of a recycling plant in Pazardzhik

The solar PV plant was installed on the roofs of two separate buildings of the enterprise during a period of 45 days. Our team took on the entire bureaucratic burden of pre-project preparation of the system. Our many years of experience in this field save a lot of time and headaches for our customers, who often fall into the trap of suddenly-changing bureaucratic requirements. ES-3 also carried out the overall project design work for the system, including the design of the structural part and the electrical part. 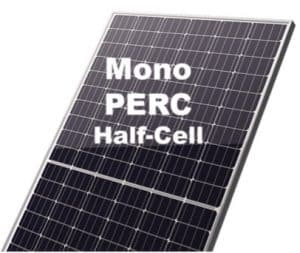 The system consists of 735 monocrystalline solar PV panels SunRise 340Wp Mono PERC Half-Cut on a total roof area of ​​about 2,000 m2. The panels we chose for this system are made with the latest PERC solar cell technology. Half-cut solar cells are exactly what their name suggests – traditional silicone solar cells cut in half with a laser. These cells have several advantages: they offer improved performance and durability, can increase the efficiency of the panel by a few percentage points and, because they are smaller in size, are more resistant to mechanical damage (cracking). 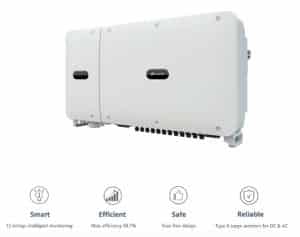 The plant is equipped with 4 pcs SUN2000-60KTL-M0 Huawei inverters. A few years ago, Huawei entered the market for solar photovoltaic components and in particular – on-grid inverters and accessories for them, in order to deliver a product with high quality and low price. We believe that they have achieved this objective and we are already successfully integrating their components into all of our on-grid systems. With a maximum efficiency of 98.9%, the SUN2000-60KTL-M0 inverters were the ideal solution for this roof system, as their 6 built-in MPP trackers allow high flexibility in integrating solar PV modules with different orientations or inclinations, as seen in this project.

What is special here is that the building is not exactly oriented to the South. The investor naturally wanted to produce the maximum amount of energy for the funds he has invested. Therefore, through specialized software, we made several simulations of possible locations and their estimated production. After we presented them to the client, they settled on this option. Another special thing is that the company has two own substations from which it is supplied, which forced us to divide the solar PV system equally between the two buildings.

Also something interesting and not so often used, is the type of construction that we have implemented in this system. The building has a PVC membrane that waterproofs the roof and its penetration by drilling was not acceptable. In cases like this, a “ballast” mounting structure with a slope of 20 degrees is used. Its name comes from the fact that ballasts (weights) are used for mounting. It is very carefully calculated exactly how many weights should be placed at which points so that the stability of the solar PV modules can be guaranteed. Great attention is paid to the area in which the building falls and what winds the structure has to deal with. For additional wind protection, each row of panels has covers on the back on both sides to make it almost impossible to apply wind-lifting force to the panels. The entire structure and each fixture are made of aluminum or stainless steel to ensure its long life, just like the system.

The plant has two additional advantages – a Huawei SmartLogger 3000A monitoring system, which allows monitoring of the production and consumption of energy in real time, and a reactive energy compensation system – Huawei Smart Reactive Power Control, which significantly reduces penalties for this type of energy. Reactive power control is achieved thanks to the combination of SmartLogger 3000A and Huawei inverters.

When in consumption mode, electricity generators pay a surcharge on the value of active electricity depending on the reactive electricity used for every fifteen minute interval at which the power factor is less than 0,9 (cosφ <0, 9). These penalty charges are aimed at stimulating reduced transmission of reactive energy, which causes an increase in active energy losses and a reduction in the capacity of the electricity distribution network. The integrated Huawei Smart Reactive Power Control system maintains the power factor of electrical equipment around and above 0.9 and increases the overall performance of the solar PV system.

Huawei has made the integration of their inverters and monitoring system extremely easy and convenient. Huawei SmartLogger can accept the monitoring of up to 80 inverters in one device and allows monitoring of their status in real time from anywhere, through the FusionSolar online platform. This system was particularly needed in the case of the recycling company, as the investor made the reasonable decision to set up the system entirely for their own energy needs. In this case, Huawei’s monitoring system was used to set the inverters so that they do not feed energy back into the grid.

The production forecasting system we use estimated that at this location and with this capacity, the solar PV system will produce 325,000kWh annually, 100% of which will be used by the investor towards the company’s own electricity needs. This on-grid solar PV system is an extremely efficient solution for using the produced solar energy. This is mainly because the peak production time of the system largely coincides with the time during which the enterprise has the highest consumption (Figure 2). In this way, the system contributes to a significant reduction in electricity costs for the investor. And the data generated by the monitoring system is a valuable resource for decisions related to the optimization of the enterprise’s activities in relation to its new energy profile.

Thanks to the system, the company will save over 325MWh of energy per year, and the full return on investment will be achieved within 4 to 5 years, with an annual return of 20-25%. Given that the solar PV panels have 12 years, and the inverters have 5 years full technical warranty, the return on investment is 100% guaranteed during the warranty period, and the solar PV plant will continue to produce “free” electricity for its investor for more than 20 years after the full repayment of the investment.

Optimistic for the future

Data for 2020 indicates expectations for the installation of over 60MW of new solar PV capacity for own consumption, and forecasts for 2021 are for an additional 100MW. In the medium term, by 2025, energy produced from renewable sources for own consumption is expected to exceed 4,000MW, which will lead to a serious change in the energy map of the country and confirms the direction of decentralization of energy production and growth of the new category of consumers, which themselves produce some of the energy they consume (so-called “prosumers”).

If you are also interested in this type of solar PV system and want to explore the possibilities of generating electricity to fully or partially cover the needs of your business or enterprise, contact us, we will be happy to be useful with our experience! 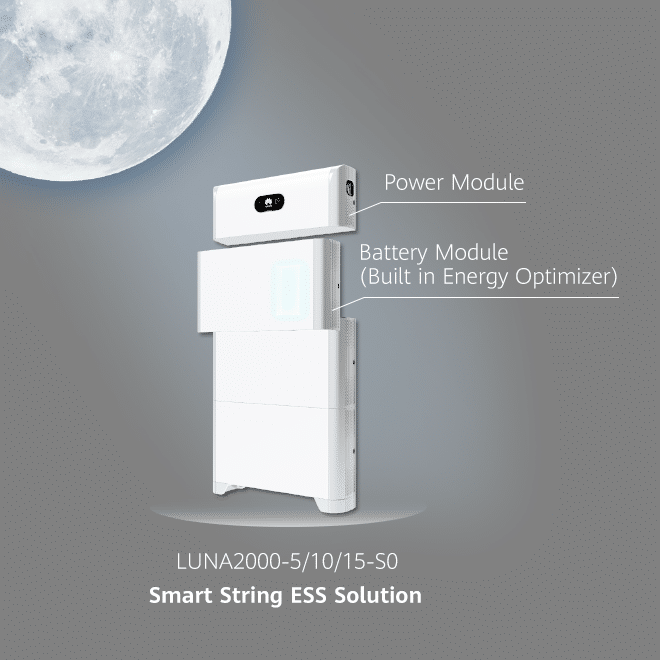 The energy storage revolution is quiet, but it is already here

Solar PV systems for the needs of agriculture 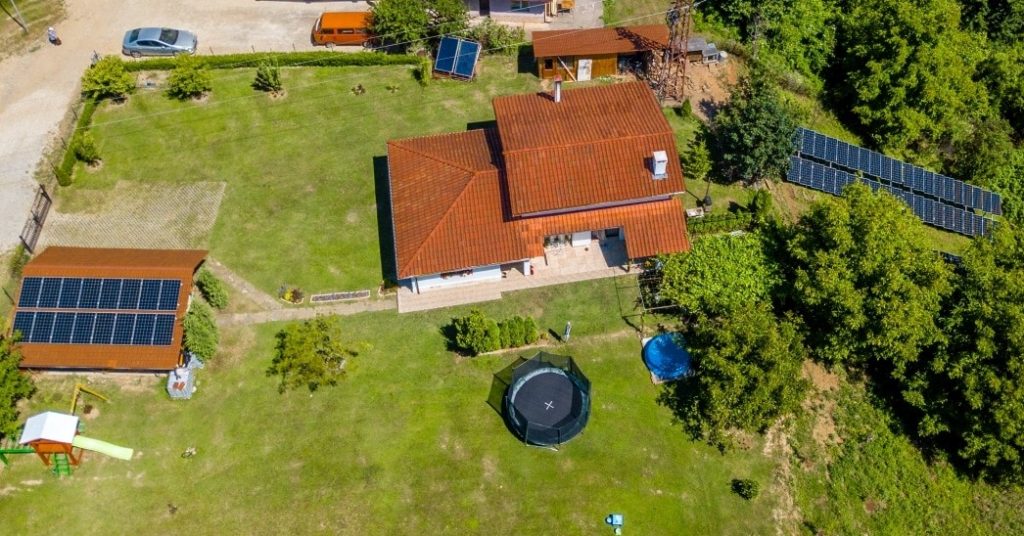