This is a project that we are starting for the third time and this time, we finally managed to implement it. A 30kWp on-grid system, owned by our company, for sale of the full amount of electricity produced.

As can be seen from the mounting structure, the plan has been changed several times. Initially, it was planned and started as a two-row ground-mounted structure, a mirror image of our first power plant in the village of Pishtigovo. But then, in 2013, things in the energy sector changed and we decided to put the project on ice.

In 2015, we decided to resume the project, but we decided to take a different approach and on the existing mounting poles, we added a shed-type structure. Again, however, we hit a rock because the shed was not recognized as a building, which is one of the main legal requirements for such systems, and after we had already arranged 120 panels on it, we had to remove them and stop the project again.

Finally, in 2020. after we built a separate building on the property, things began to come to fruition.

It is interesting and evident from the empty mounting structure, how much the technology has developed in 5 years: back then 30kWp required 120 pieces of solar PV panels, and 5 years later, we only needed 96 pieces!

All components required can be found for sale at https://SolarHouse.BG

Sale of the electricity produced 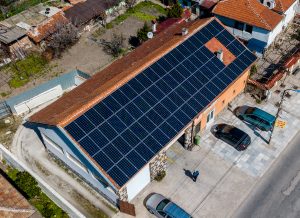 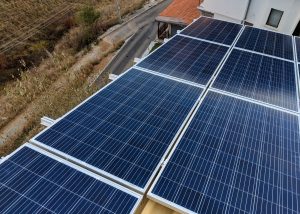 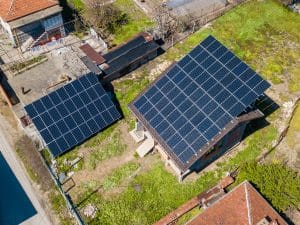